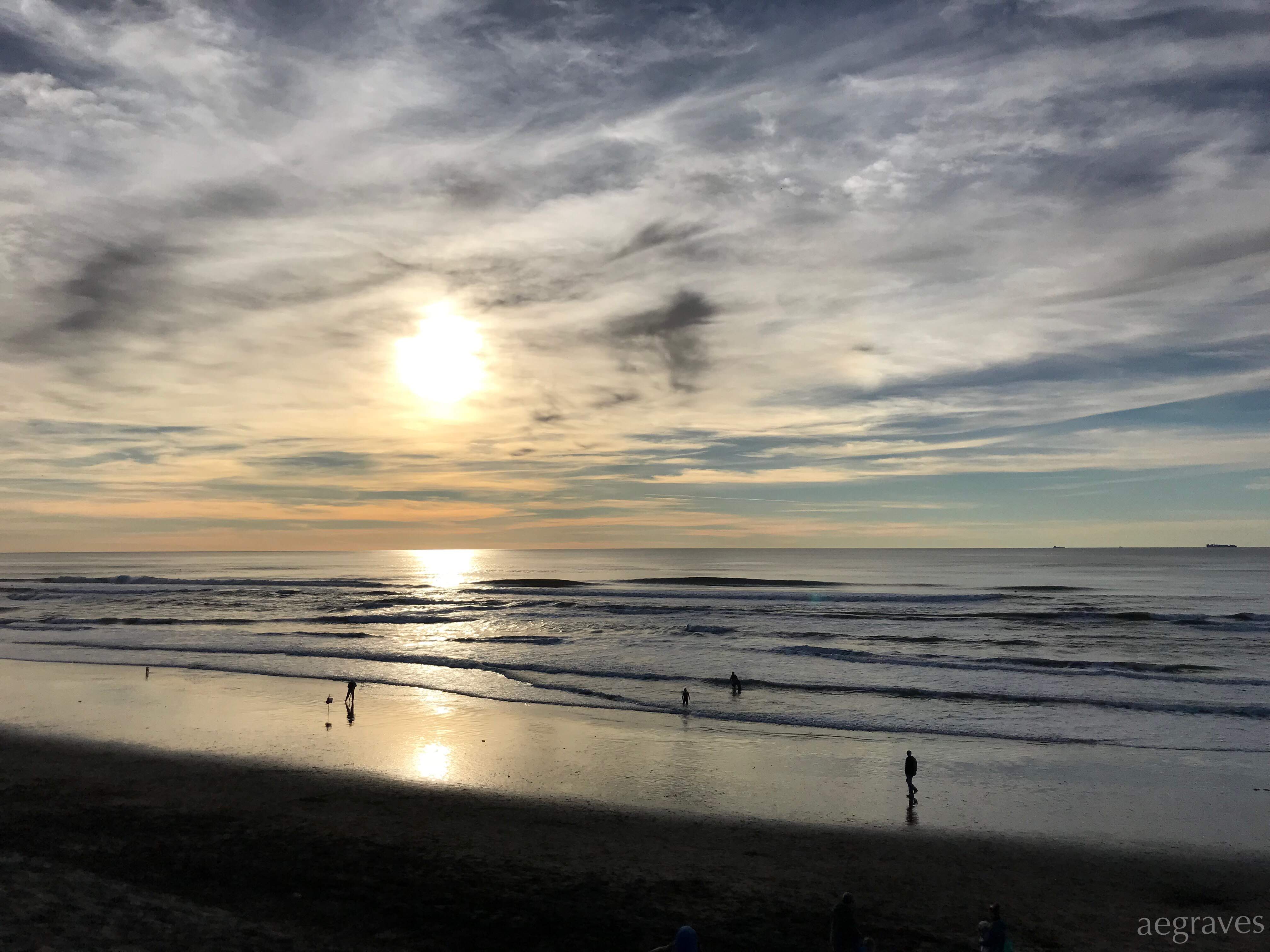 Photography is an amazing combination of art and science. It is a remarkable way to capture small slices of reality, to preserve memory, to document tiny fractions of a second that might otherwise go unnoticed. It is a tool for studying the world. It can be a tool for creating new worlds, or sharing unique perspectives.

I practice photography religiously. I call myself an "experimental" photographer. I produce film images, wet collodion images, digital camera images, and scanner images. I create handmade prints of contemporary subjects using antiquarian technologies; I produce digitally printed books of iPhone snapshots and infrared landscapes; I mix my own emulsions to create one-of-a-kind images on aluminum plates, which are sold in an art gallery. My photographs have been shown in galleries in London, New York, Sacramento, and San Francisco, and have appeared in books published internationally.

I'm still "emerging:" despite making images since childhood, I only became "formal" in my experiments in the early aughts. My current emphasis is on study and exploration of how I can best use this amazing, diverse medium to record my enthusiasm for this planet at this point in time, using the entire historical catalog of technologies.

I never claimed to be normal.

Sections: Major areas of study | Places to see my work | How to choose a new camera | My camera collection | Film love | A few photography links

During the mainstream 35mm film photography era, I became uncomfortable with my dependence on photo labs. The lab printing machines were set to 'optimize' snapshots, and so they automatically averaged out certain values, pumped up saturation, cropped the image a bit... Things that I wanted to control through my use of film, filters, exposure, and composition. As I exerted more control on one end by using a fully manual camera and selecting films with specific characteristics, I felt control was slipping away on the other. Labs came and went, changed their chemistry (or management), and the feeling that what I was getting from them was 'good enough' melted away.

I set about studying photography independently, to determine how to control just about every characteristic my images might possess.

My self-guided studies took me in directions I had not anticipated.

After years of relying on labs exclusively (with an interruption for classical black and white darkroom photography in my teens), I utilized such processes such as cyanotype (a precursor to blueprints), vandyke brown (an iron + silver based process), wet plate collodion (a civil war era silver process with volatile chemistry that must be used while still wet), gum bichromate (a process utilizing pigments from any source, suspended in a matrix, producing images of any color you choose), kallitype (another iron process), digital infrared, instant films, integral films, photopolymer gravure (utilizing high tech films to produce plates for photo duplication on etching presses), and conventional film developed in both normal and less conventional chemistry. I have utilized flatbed digital scanners, antique and modern cameras, pinhole cameras, first and subsequent generation iPhone cameras, toy cameras with multiple lenses or slot lenses, and a homemade camera. I have made photographic images without using a camera at all. I have utilized 35mm format, medium format, and large format analogue media. I have hybrid workflows, involving hopping back and forth between analogue and digital stages.

I know about things now that I hadn't realized ever existed.

I have a lot to share about my explorations. I am writing a book, which will take me a long time to finish. I write articles, how-tos, book reviews, and editorials about photography which can be found at alternativephotography.com (tag: Elizabeth Graves). I'll periodically post comments here as well.

Places to see my work

Jack Fischer Gallery here in San Francisco sometimes shows my wet plate collodion work (check the website for his new location). This is work that is made using a process that was invented in 1851: I mix and pour emulsion onto a metal (or glass) plate, expose it in a large format camera, and develop it before it dries to make one-of-a-kind images.

aegraves.com is my professional photography website, showing images that I believe represent teaching-model samples of what I create, organized by method.

Alternativephotography.com is the fabulous site where I post most of my thoughts on experimental photography. The link here returns search results for all items that name me.

You can visit my Blurb bookstore to see a sample of self-published books I've made available for sale.

I have toy camera images shared at my lomohome, which is infrequently updated, but features 33 albums and more than 500 photographs.

How to choose a camera

It depends on what you are going to do with it. People with specific needs rarely ask that question, though, so let's say you are getting started in photography, or you had a camera you never loved that finally broke, and so you need one now.

You should borrow your friends' cameras, and take them for a test drive. You'll notice right away that there are things you love or hate about each camera. Note those. Most of those complaints will relate to the interface, the controls you use to interact with the camera and get the results you want. Loving the interface of your camera will impact how often you use it, how boldly you experiment, and how you develop your style.

Read camera reviews on-line, the ones by users more than professional reviewers. The common strengths and weaknesses of each camera will jump right out at you.

Go to a real camera store, and handle the cameras that are your top two choices. They will put a battery in it for you, and let you see if the controls are what you hope for.

Buy your desired camera from a shop with a great return policy, and start using it right away. Explore it thoroughly, and really USE it. Take a class if you need to, or go to your friends and have them teach you how to use it. You should be able to get decent photos out of it immediately at the automatic settings (if it has those), and should produce decent images in other settings with practice. If you are satisfied, don't second-guess yourself about how you could have saved $10 on some other model. (If you aren't satisfied, take it back right away, and try your second choice.)

It doesn't matter what brand of camera you have, or whether it is film or digital: all that matters is that it is a tool suited for YOUR uses. The best brand x camera in the world with the most features is pointless if you can't get the results you want when you want them. For many purposes, cameras aren't really BETTER than other cameras: they are just better for YOU.

I am a camera magnet. People generously give me random cameras they find in all sorts of places. I've never been big on equipment - I'm convinced that a great photographer can take great photos with just about any camera they know well. Yet, I keep winding up with more of them. My collection of cameras includes:

Why do I own so many cameras if I don't think cameras are the important thing? There are a few reasons. Eleven of these cameras were gifts from people who knew I loved photography and would use them; five of these gifts are from my dad, who has been an enthusiastic photographer himself. (After years of "serious" cameras, he did what many photographers do, and realized that composition is more important than showing off hardware: he switched to point & shoots later in life, and then to digital.) For the others, I thought I might learn something from trying different equipment and different film formats, since 15 years devoted solely to the Nikon F made me feel a bit dependent on its specific way of working. Some of the cameras are not fully functioning, have limited abilities to capture certain kinds of scenes or light, or are not rugged enough to put up with the things I do to them.

Also, my non-photographer friends insisted that my Nikon F photographs were better than theirs because of the camera alone, and I wondered if there was anything to that. It turned out that wasn't: while their high-end cameras failed to take good low-light photos fully automatic modes, or to take longer exposures with fill flash without being told to, they could have achieved the results I could manually if they'd known how to use more functions. The problem wasn't that my manual camera had no electronic brain that would mess up, but that they didn't know how to use their cameras in certain, non-optimal situations. (Compositional issues are also beyond the camera's control.) If people paid greater attention to the strengths and weaknesses of their cameras (and peculiar characteristics of their film or CCDs), they would be better photographers, because they'd use their camera to the best of its abilities, whatever its abilities and limitations are.

Digital photography is a great thing. But it isn't as much fun to use as film. It feels more like work: there is a lot of sitting in front of computers involved, adjusting things that you don't need to adjust in film, and that's not the fun part of photography for me.

As a large and medium format film user, digital also seems primitive on the resolution side. It's getting better all the time, but the fact that I'm using an 1850s technology that has a pixel-equivalent as small as molecular silver makes most digital photography just seem okay. Certainly not "better than real," which large format sometimes provides by exceeding your eyes' natural ability in detail.

Things to Love About Film

Having worked extensively with film, I feel bad for people whose only exposure (ha ha) to photography is digital: there is so much cool stuff you can do with simple film materials in a low-tech way with fabulous results. And film has many charms, especially in what certain films choose to emphasize, that digital doesn't match.

I'm a big fan of digital imaging, but it's just one tool in a big, glorious toolbox. I understand its importance to business - people need to buy new cameras almost annually to keep up, so it is great for the industry that they no longer produce long-term workhorse cameras, but... That doesn't excite me. It is the existence of the Internet and its sharing technologies that makes digital so vital. It is the nearly instant feedback, and the freedom to experiment without creating material waste that are so exciting. Yet, it still hasn't become quite as 'fun,' possibly because the magic elements of it feel remote, as if I haven't contributed to making it work...